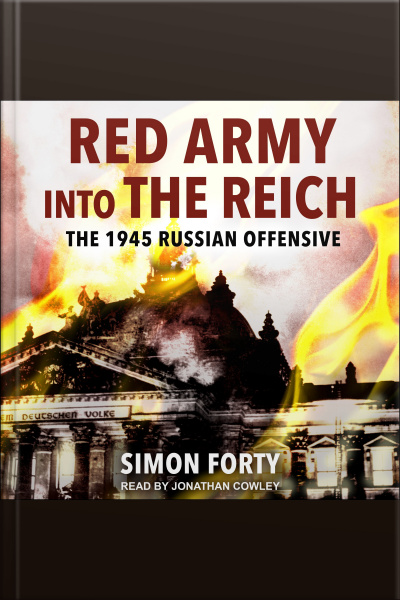 Red Army into the Reich The 1945 Russian Offensive

The last year of the war saw Russian offensives that cleared the Germans out of their final strongholds in Finland and the Baltic states, before advancing into Finnmark in Norway and the east European states that bordered Germany: Poland, Czechoslovakia, and Hungary. By spring 1945 the Red Army had reached to Vienna and the Balkans, and had thrust deep into Germany where they met American, French, and British troops advancing from the west. The final days of the Third Reich were at hand. Berlin was first surrounded, then attacked and taken. Hitler's suicide and his successors' unconditional surrender ended the war.

For writers and historians who concentrate on the Western Allies and the battles in France and the Low Countries, the Eastern Front comes as a shock. The sheer size of both the territories and the forces involved; the savagery of both weather and the fighting; the appalling suffering of the civilian populations of all countries; and the wreckage of towns and cities—it's no wonder that words like Armageddon are used to describe the annihilation.

A must-listen narrative history, Red Army into the Reich provides a detailed account of how the Red Army pushed west and into Berlin in 1945.