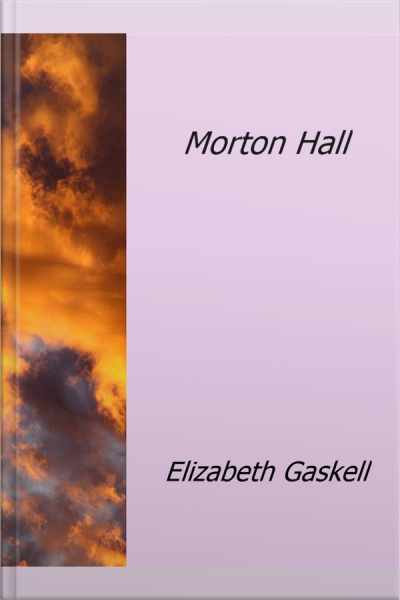 "Morton Hall" (1853) is a story written by Elizabeth Gaskell, one of the leading representatives of British literature of the Victorian era. The book weaves together many different elements from the description of ancient houses and noble lineages to the commemoration of historical events, all with the background of childhood memories of the protagonists. This text has the ability to offer a wide reflection on social and Political Affairs of England: Elizabeth Gaskell traces back several vicissitudes until they reach the intestine foiled attack on King James I, Cromwell's Protectorate, the so-called witch hunt, until you get to touch the social and cultural revolution produced by colonial politics .In this short-story there is everything : the role of women in society and in the process of formation of children, ways considered more suited to its educator function, until detailed depictions of torture, humor, mental illness often found themselves inside the England of that time. These reasons they do fall under the genre of tales of thrill, with continuous references to ghosts, witches and superstition of the demonic element….