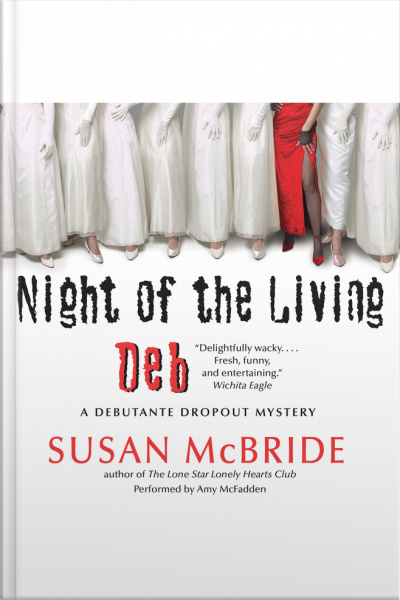 Night Of The Living Deb: A Debutante Dropout Mystery

Renegade rich girl Andy Kendricks isn't the belle of any Dallas ball—and that's just the way the debutante dropout likes it! She's got a good life and a great man: her defense attorney boyfriend, Brian Malone. Brian's such a straight arrow that he had to be dragged kicking and screaming to a close friend's bachelor party at a sleazy local "gentlemen's club."

So why is the groom-to-be saying that Brian left the bacchanal arm-in-arm with the hottest body in the Lone Star State? And what was that hot body doing stone-cold dead in the trunk of Brian's car? And where is Brian, anyway? The cops are looking for Andy's allegedly unfaithful/possibly homicidal beau, who hasn't been seen since the party. But Andy can't believe her upstanding lover is a murdering fool, and she's determined to prove it—though she may end up with a lot more broken than just her heart.