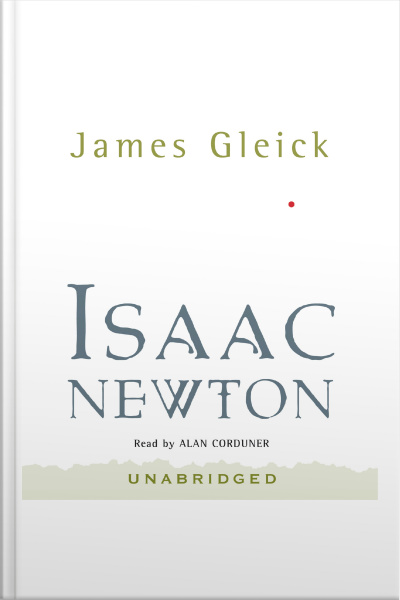 James Gleick has long been fascinated by the making of science -- how ideas order visible appearances, how equations can give meaning to molecular and stellar phenomena, how theories can transform what we see. In Chaos, he chronicled the emergence of a new way of looking at dynamic systems; in Genius, he portrayed the wondrous dimensions of Richard Feymnan's mind. Now, in Isaac Newton, he gives us the story of the scientist who, above all others, embodied humanity's quest to unveil the hidden forces that constitute the physical world.

In this original, sweeping, and intimate biography, Gleick moves between a comprehensive historical portrait and a dramatic focus on Newton's significant letters and unpublished notebooks to illuminate the real importance of his work in physics, in optics, and in calculus. He makes us see the old intuitive, alchemical universe out of which Newton's mathematics first arose and shows us how Newton's ideas have altered all forms of understanding from history to philosophy. And he gives us a moving account of the conflicting impulses that pulled at this man's heart: his quiet longings, his rage, his secrecy, the extraordinary subtleties of a personality that were mirrored in the invisible forces he first identified as the building blocks of science. More than biography, more than history, more than science, Isaac Newton tells us how, through the mind of one man, we have come to know our place in the cosmos.