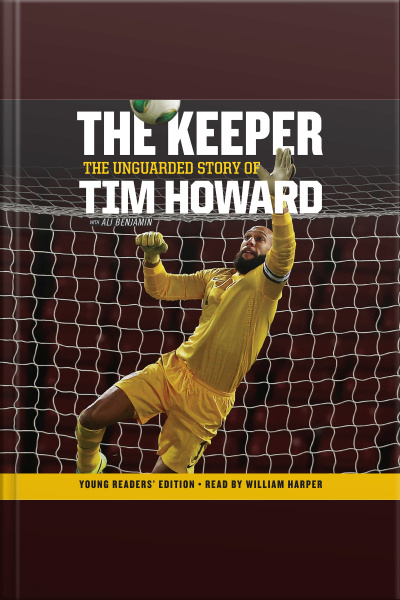 In this heartwarming and candid memoir, Tim Howard does something he would never do on a soccer field: he drops his guard. As fiercely protective about his privacy as he is guarding the goal for the US national team and for Everton in the English Premier League, Howard opens up for the first time about how a hyperactive kid from New Jersey with Tourette’s syndrome defied the odds to become one of the world’s premier goalkeepers. Howard managed to keep his condition in check well enough to be drafted by Major League Soccer right out of high school.

After a successful seventeen-year professional soccer career, Howard became an overnight star this past summer in Brazil. His heroic performance in goal for the United States against Belgium, in which he saved an astonishing sixteen shots—the most for any goalkeeper in a World Cup game—made him a household name as well as a trending internet meme. In the course of 120 minutes, Howard went from a player known mainly by soccer aficionados to an American icon, revered by millions for his dependability, daring, and humility.

In this uplifting memoir now adapted for young readers, Howard shares his remarkable journey from a challenging childhood in which he was raised by a single mother who instilled in him a love of sports and a devout Christian faith that helped him deal with the onset of Tourette’s in fifth grade.