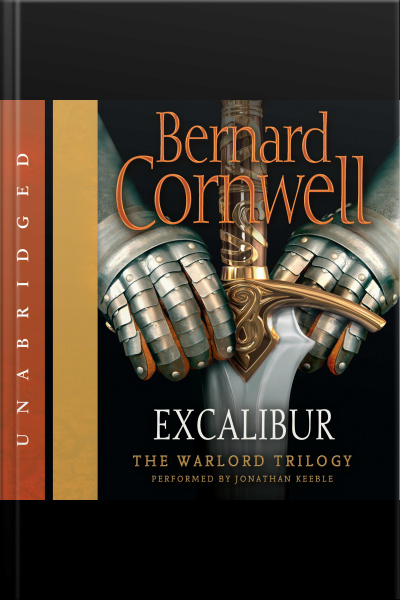 With Excalibur Bernard Cornwell draws his Arthurian trilogy to an exciting close that will have listners gripping their headphones.

If Arthur existed (and I am quite certain he did) then he was probably the great British war leader who won the battle of Mount Badon. No one knows where it was fought, or how it was fought, but we do know that the battle took place and it was the one great defeat inflicted on the English invaders of Britain. In Excalibur we follow Arthur and Derfel to that enormous struggle and incredible victory. It not only throws the Saxons back, but reunites Arthur and Guinevere. He might hope now to be left alone, to have a time of peace after gaining a great victory, but new enemies arise to destroy all he has achieved. First is Mordred himself, the crippled king who owes everything to Arthur and now tries to kill his benefactor. Mordred's ally is Nimue who has come to hate her mentor, Merlin. And so the story ends as it has always ended, at Camlann . . . 'and so my lord was gone. And no one has seen him since.'