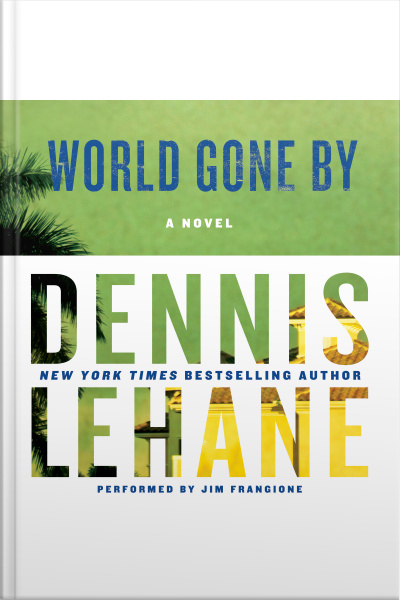 Dennis Lehane, the New York Times bestselling author of The Given Day and Live by Night, returns with a psychologically and morally complex novel of blood, crime, passion, and vengeance, set in Cuba and Ybor City, Florida, during World War II, in which Joe Coughlin must confront the cost of his criminal past and present.

Ten years have passed since Joe Coughlin’s enemies killed his wife and destroyed his empire, and much has changed. Prohibition is dead, the world is at war again, and Joe’s son, Tomás, is growing up. Now, the former crime kingpin works as a consigliore to the Bartolo crime family, traveling between Tampa and Cuba, his wife’s homeland.

A master who moves in and out of the black, white, and Cuban underworlds, Joe effortlessly mixes with Tampa’s social elite, U.S. Naval intelligence, the Lansky-Luciano mob, and the mob-financed government of Fulgencio Batista. He has everything—money, power, a beautiful mistress, and anonymity.

But success cannot protect him from the dark truth of his past—and ultimately, the wages of a lifetime of sin will finally be paid in full.

Dennis Lehane vividly recreates the rise of the mob during a world at war, from a masterfully choreographed Ash Wednesday gun battle in the streets of Ybor City to a chilling, heartbreaking climax in a Cuban sugar cane field. Told with verve and skill,  World Gone By is a superb work of historical fiction from one of “the most interesting and accomplished American novelists” (Washington Post) writing today.