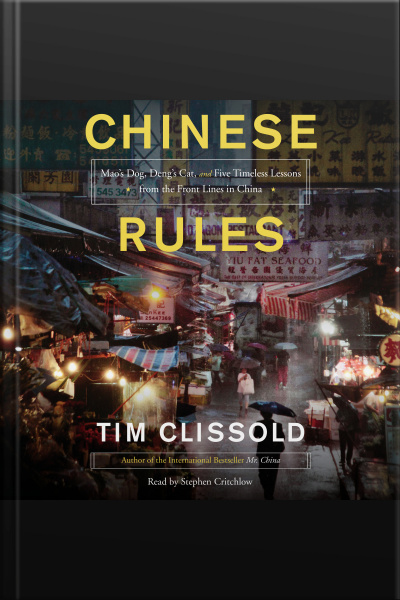 From the author of the international bestseller Mr. China comes another rollicking ride through the slick mega-cities and industrial backwaters of twenty-first-century China—part adventure story, part erudite myth-buster, and part practical rule book to help Westerners win in China.

China's role as struggling underdog is now firmly a thing of the past. The world has tilted eastward in its orbit even as the West seems mired in self-doubt. Through living and working in China for more than two decades, Tim Clissold has uncovered stealth methods Westerners can use to straighten out complicated situations in China and achieve their own objectives.

Revealing the hidden logic that governs the Chinese business and political landscape, Clissold puts China's cultural, political, and military history into context and explains the mind-set that drives Chinese political and business leaders—a resource that has been sorely lacking in most books about doing business in China.

Here, with sharp observations and a deep appreciation for China's rich past, Clissold presents five rules anyone can use to deal effectively with modern Chinese counterparts. These include understanding that: