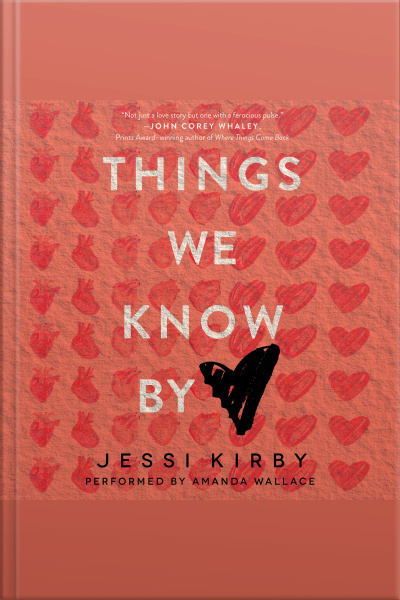 Things We Know by Heart

Quinn Sullivan lost the love of her life when her boyfriend, Trent, died in an accident their junior year. In an attempt to get closure, she reached out to the recipients of his donated organs. Though some answered her letters, the one Quinn feels matters most—the person who received Trent’s heart—has been silent.

Nineteen-year-old Colton Thomas has spent the last several years in and out of hospitals waiting for a heart transplant. Now that he’s fi nally received a new heart, Colton is regaining strength, and he’s walking away from his bedridden past with no intention of looking back. He doesn’t want to know about the person who had to die so that he could live. He only wants to move forward.

But Quinn can’t let it go. Venturing outside the system to fi nd Colton, Quinn takes a risk in hopes of fi nally laying her memories to rest. But what begins as an innocent conversation quickly becomes an attraction—and to make matters worse, Colton has no idea how they’re connected. His zest for life pulls Quinn from her months of sorrow but leaves her torn between honesty and utter betrayal.Because no matter how hard she’s falling for Colton, each beat of his heart reminds her of all she’s lost.