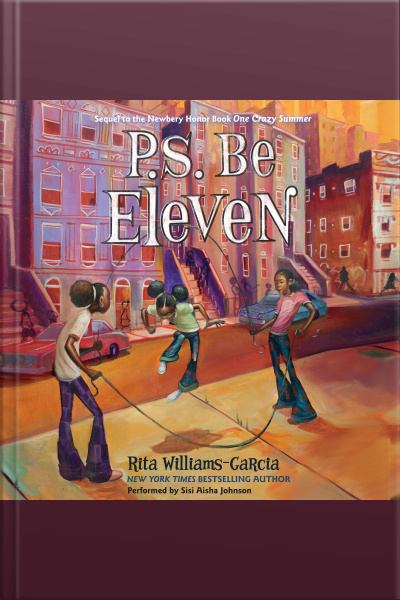 Things are changing in the Gaither household. After soaking up a "power to the people" mind-set over the summer, Delphine, Vonetta, and Fern return to Brooklyn with a newfound streak of independence. Pa has a girlfriend. Uncle Darnell is home from Vietnam, but he's not the same. And a new singing group called the Jackson Five has the girls seeing stars.

But the one thing that doesn't change? Big Ma still expects Delphine to keep everything together. That's even harder now that her sisters refuse to be bossed around, and now that Pa's girlfriend voices her own opinions about things. Through letters, Delphine confides in her mother, who reminds her not to grow up too fast. To be eleven while she can.

An outstanding successor to the Newbery Honor Book One Crazy Summer, P.S. Be Eleven stands on its own as a moving, funny story of three sisters growing up amid the radical change of the 1960s, beautifully written by the inimitable Rita Williams-Garcia.